BikeDenver: Expanding Biking in Denver One Biker at a Time

James Waddell, executive director of BikeDenver, had an epiphany about biking a few years ago. This moment with a neighbor ended up changing the way he approached other people about biking and, ultimately, the way he would lead BikeDenver. 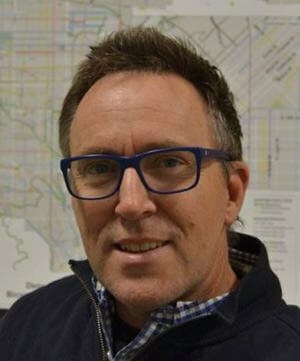 At the time, Waddell was living in Denver and commuting to Boulder for work. Often, he would ride his bike 1.6 miles to Union Station, load his bike on a bus and head to Boulder. One day while at home, he bumped into a neighbor whom he had lived next to for five years and discovered that this man was also commuting to Boulder every single day.

“We had been neighbors for five years and I had no idea,” says Waddell, who invited the man to join him on his biking routine one day. The neighbor agreed and they picked a date.

On the designated morning, the neighbor showed up in full mountain biking gear, complete with Camelback.

“The guy was so nervous!” recalls Waddell, who said that he could visibly recognize that the man was facing a huge level of anxiety over a trip that Waddell took for granted.

“We are not about the spandex warriors who are pounding up and down mountains, or the downtown bikers who ride with city traffic.”

Waddell explained what route they would take to Union Station, led the man there, helped him load his bike on the bus and the two successfully made it to Boulder. When they got off the bus in Boulder, before they went their separate ways, Waddell said his neighbor thanked him.

“His whole demeanor had changed. He was smiling and happy and excited,” says Waddell. “He told me that he had been thinking about quitting his job because the commute was so bad. Biking was going to change his life!”

That moment stuck with Waddell who, just a few months later in 2017, was hired to lead BikeDenver, a nonprofit organization dedicated to creating opportunities for people to bike safely and conveniently around the city for work, exercise or pleasure. 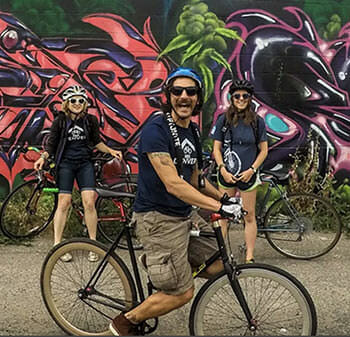 The organization was founded in 2000 by a passionate group of bikers who volunteered their time to raise awareness about the opportunities for biking in Denver and to advocate for safe biking laws and infrastructure. It was a scrappy, by-the-bootstraps, entirely volunteer-run organization.

Then, in 2008, the New Belgium Brewery launched its Tour de Fat and made BikeDenver its nonprofit beneficiary. That partnership continued annually, ultimately enabling BikeDenver to hire three employees (two full-time and one half-time). The brewery cancelled its event in 2017 but has already announced that it is bringing Tour de Fat back in 2018 and BikeDenver will again be its beneficiary.

Last year, Waddell was hired as BikeDenver’s executive director. As he describes it, the goals of the organization have shifted since it early days.

“When BikeDenver was founded, it was the only game in town,” says Waddell. “Now there are other organizations, such as Bicycle Colorado, that are doing fantastic work advocating for biking laws and infrastructure. We wanted to shift our focus to raise awareness about how easy it is to bike around our city.”

Not About “The Spandex Warriors”

Waddell readily admits that there are some bikers who can be snobby about biking and who intimidate non-bikers into thinking that riding on two wheels is exclusively for the elite. 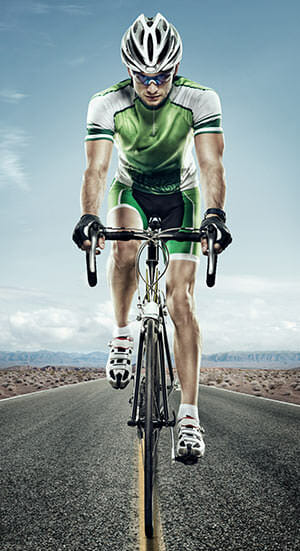 “We are not about the spandex warriors who are pounding up and down mountains, or the downtown bikers who ride with city traffic,” jokes Waddell. “We’re also not a bunch of self-righteous riders who think everyone should be on a bike all the time. I’m a very practical person. For many people, riding a bike every day is not practical.

“But, if I can help to provide opportunities for people to bike to work or bike for fun one day a week, that would be a huge shift for Denver and we could change lives!”

For example, BikeDenver has adopted “#BikeDayAnyDay” as its official hashtag. Waddell says it was a very deliberate decision not to make it “every” day. He also cites a study conducted by an urban planner in Portland, OR who found that only 3% of people are truly confident riding a bike and will ride every day in any weather. Another 6% are fairly confident but probably won’t bike in snow, for example.  At the other end of the spectrum, about 30% of people are just not going to get on a bike, ever.

“In the middle – about 60% — are people who are interested but concerned,” says Waddell. “They’d like to ride but they’re really concerned about safety, they don’t know how to get from point A to point B on a bike. We focus our efforts on them.”

Now, here’s where Waddell’s epiphany comes in: just as he did with his neighbor, Waddell believes the best way to inspire biking is to create one-on-one relationships between the top 9% and the 60%.

BikeDenver has applied for grants to create a “navigator service,” connecting experienced bikers with people who are “interested but concerned” about biking.

“I’m describing it a bit like Uber for interested-but-concerned bikers,” says Waddell. “This program would match them up with a biker who understands how to navigate Denver on a bike and who is excited to teach a new biker to do the same.”

“Mobility is as important as affordable housing.”

BikeDenver will pay the navigators per mile to help novices.

“We are really focusing on one trip at a time and demystifying biking,” says Waddell. “There’s no technology that can achieve that. At the end of the day, it’s about people helping people.”

“Mobility is as important as affordable housing,” says Waddell. “We want to understand the barriers to biking in communities where people may face extra challenges, such as low incomes and language barriers.”

I have been a longtime supporter of BikeDenver. My family has even volunteered at some of their events over the years. More recently, I sponsored the organization’s 2018 “State of Biking” event, where we heard from many state and local experts who are working on expanding opportunities for biking.

Admittedly, my goals in supporting BikeDenver are somewhat selfish: I want my sons to be able to bike around Denver confidently and safely!

If you’d like to learn more about BikeDenver, I encourage you to visit their website at: https://bikedenver.org

Be safe out there!

See the rest of the BikeDenver: State of Biking 2018: