Car Accidents in Aurora: Should I Call the Police?

I was recently driving to a middle school basketball game in Aurora and started noticing some traffic trends. Well, one significant trend: There are a lot of cars on the road! Aurora’s population is exploding, and its suburbs (like Parker, Franktown, Greenwood Village, and others) are growing, too. Hence, more cars. And with more cars comes the increased probability of having a car accident in Aurora.

At the end of 2018, there was a horrible car crash at the intersection of S. Chambers Road and E. Belleview Avenue. Sadly, one person died and two others were seriously injured. In a situation like that, clearly the police must immediately be called to the scene.

But thankfully, most car accidents are less serious than that tragic example. In these more common situations, one of the most frequent questions I get is this: “Do I need to call the police after a car accident in Aurora?” The short answer is always YES, except in certain circumstances.

First of all, I would argue that there’s no such thing as a “minor car accident” any more. With the value of today’s cars, a minor fender-bender can amount to thousands of dollars of damage. I have a friend who bumped a tree with her brand-new car and, because of the location of the hit, the body shop had to replace the whole front end cover and multiple sensors, which are like the car’s brain. That bump cost $7,000!

Unless you’re riding around in a Gremlin, I’d question whether a minor accident is really all that minor.

Think of an accident as a financial transaction 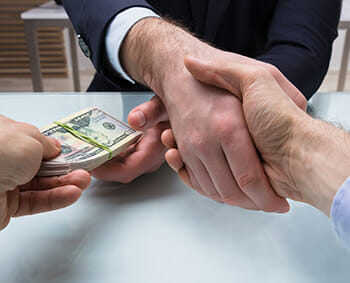 But still… I get it. If the accident seems minor, why waste your precious time calling Aurora police and waiting around? Especially if the other person seems as cordial and conciliatory as you are. Just exchange information and let the insurance companies battle it out, right?

Wrong. And this is especially true if the other driver hit you! You need to immediately start thinking of this as a financial transaction with thousands of dollars on the line.

If you were hit by another driver – even if the damage is minor – you should call the police.

This article shares important information about when to call the police after an accident in Aurora.

When Am I Required by Law to Call the Police After an Accident?

In Colorado, drivers are legally required to file an accident report for ANY accident. Sometimes, though, you can file your Aurora accident report online rather than calling police to the scene. However, if one of the following is true, you must call the police from the scene:

If any of the above are true for your accident, you should call 911 immediately.

Consider this story from USNews.com:

JaeMi Pennington, a publicist relations specialist in Boston, was driving in Providence, R.I., last October when he was in an accident. He was at a stoplight, and a car in front of him that was trying to make space for another vehicle backed up – into Pennington’s 2007 Acura, causing about $1,500 worth of damage.

Pennington exchanged insurance information with the other driver. He also tried to flag down a police officer directing traffic. The officer said he was too busy to help, so it’s understandable that Pennington didn’t call 911 and request another officer to come in – but he wishes he had.

The fender bender happened on a Friday. Pennington and the driver left on a civil and pleasant note, and he was sure everything would work out fine. But Monday morning, when he filed his claim, his insurance company asked if a report had been filed. Pennington said no, and was told, “In that case, it’s going to turn into your word against his.”

Sure enough, the other driver argued that Pennington’s car rolled forward at the traffic light as his car was backing up.

“Even if it’s just a couple of scratches, you’ve got to file a police report. Otherwise, you’re giving room for people to be dishonest,” says Pennington.

The at-fault driver can easily change their story 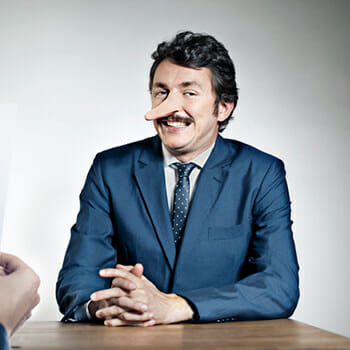 I can’t tell you how many times people call my law firm for help with a case because they are in the exact same situation. At the time of their accident, calling the police seemed like a waste of time, especially since the other driver was taking full blame and sharing his insurance information so readily.

But remember that when the other driver pulls away, his or her head is full of fear, wondering how much their insurance will go up, how much it’s going to cost them out of pocket, and wondering if they might just get away with a small white lie… at your expense. Even model citizens can be tempted to the dark side in this situation.

I’ve even heard that some people have been coached by their insurance company to lie about their fault in an accident! (I’m telling you, insurance companies will do anything to protect their assets.)

So, yes, you should always call the police from the scene of your accident. Don’t give the at-fault driver any wiggle room when it comes to paying for the damage they caused to your car.

And while I’m at it, let me remind you to take pictures of your car, the other driver’s car and the entire scene of the accident. Also, if there are witnesses, get their names and numbers, as well. You might be embarrassed, thinking that you’re going overboard for such a minor accident, but what if you take your car to the shop and discover that the minor damage amounts to $2,000. Not so minor.

Never, Ever Agree Not to Report an Accident

We are a society of do-gooders. I have met with dozens of empathetic, caring drivers who say, “I didn’t report the accident because I felt so bad for the other driver.” Whether it’s a teenage driver, an elderly person, a person who is obviously down on their financial luck, you can’t get so wrapped up in the other driver’s concerns that you neglect your own well-being!

Additionally, don’t ever accept cash on the spot for what you think is minor damage, and don’t ever state that the accident was too insignificant to report; you’re not a mechanic or body expert and you don’t know what you’ll find after the fact.

What to do During an Accident Alert in Aurora 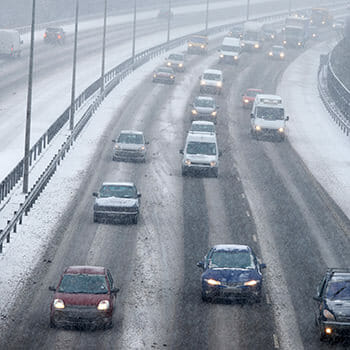 Now, despite all my pleas above to urge you to call police to the scene of any and every accident, there is one time in Colorado when you might have to skip that step.

In Colorado, we are used to surprising weather that brings difficult road conditions. Often, when the roads are particularly bad, police will announce an Accident Alert, which basically means that conditions are so bad and there are so many emergencies that police will be unable to respond to every crash.

When there is an Accident Alert in Aurora, the Aurora Police Department will only respond to accidents involving the following:

If you are involved in a minor accident exchange the following information with the other driver:

After conditions improve, you can head to the Aurora Police Department Headquarters with the other driver or you can do it online at: http://bit.ly/APDOnlineCrashReport

If you have any questions about this article, or if you need a car accident attorney in Aurora, please call or text me today! 303-388-5304