The Motorcycle Safety Foundation says that there are four deadly words that are repeated over and over by car and truck drivers who accidentally hit motorcyclists: “I didn’t see him.” Often, that turns into a blame game: “The motorcyclist was in my blind spot.” “He was going too fast.” “He wasn’t obeying traffic laws.” In my experience, many of the motorcyclists I represent know all too well how dangerous it can be to ride Denver’s streets as many car and truck drivers aren’t sure how to safely share the road with motorcycle riders, so they have to take extraordinary measures to be seen.

When you shut down your awareness of them you become blind to riders.

For example, did you know that when you see a motorcyclist swerving from right to left in their lane it’s often because they’re trying to be certain the person in front of them can see them through their rearview and sideview mirrors? Did you know that motorcyclists stop to the right of your back bumper to avoid being crushed between cars if the car behind them doesn’t stop in time?

Ditch Your Stereotypes of Motorcyclists

Yes, we have all seen the motorcycle riders who are clearly playing loose with the law (and with their lives) and it’s easy to stereotype “all riders” based on a few bad bikers. But that mindset could rapidly turn into blindness. 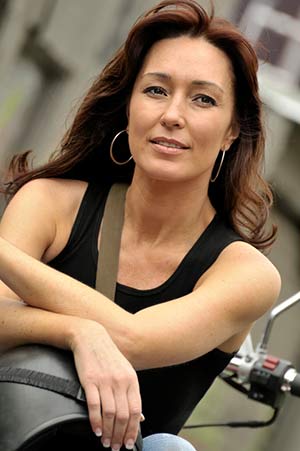 One of my good friends recently decided to buy a motorcycle because her kids are now teenagers and driving themselves around. She wanted a more economical way to get to and from work. This woman is a computer scientist at a large tech company, mother, wife, neighbor, philanthropist, community volunteer, gardener, friend and daughter. Sort of blows up all your stereotypes of “typical motorcycle riders,” right? What if you hit this woman because you aren’t watching for motorcycles on the road?

A Word About Impatience and Frustration

We are all in such a hurry to get from point A to point B. (We even tailgate and get impatient when we’re looking at Colorado’s fall colors!) How many times in the last month have you hollered out loud in your car because of frustrations on the road? How many times have you pleaded (in your mind or out loud) for the “slow-poke” in front of you to get out of your way (possibly changing lanes to zoom around and cut them off)? How many times have you hit the gas to make a left turn on a yellow or red light, cutting across oncoming traffic?

This impatience and frustration can kill motorcyclists and scooter riders.

I recommend that you watch this video from the Motorcycle Safety Foundation’s website. You’ll probably relate to at least one of the people in the video. (The busy mom hit way too close for home with all of the driving that my busy family does. I recognized her feelings of frustration and distraction.)

The video also brings up another reason that you need to be extra cautious when taking a left turn in front of oncoming traffic: Your passenger is the target that will take a direct hit from oncoming motorcyclists and cars. If you won’t calm down for your own safety or for the safety of other drivers and riders on the road, then at least try to calm down for the safety of the loved ones you’ve got in your own car.

When you’ve seen as many victims of tragic accidents as I have, I can tell you that I look twice every time I signal a change in my driving. And if I’m sitting at an intersection to make a left-hand turn, I never gun it to race through a red or yellow light. It’s just not worth it. 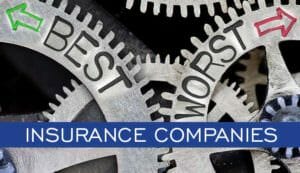 — Learn who The American Bar Association and the attorneys in our office believe are the worst (and best!) insurance companies in Colorado.

What Insurance Companies Don’t Want You to Know — You pay them every month but when you need them most, they will make it their mission to pay you as little as possible.