Thinking of Driving High? Save Lives – Don’t Smoke and Drive!

One area, though, seems to be growing clear as more data comes in: marijuana legalization and driving high leads to an increase in car crashes. Translation: don’t smoke and drive.

While much more research needs to be done on driving high it’s clear that our roads have become less safe due to pot smoking.

In Colorado, drivers with 5 nanograms of active tetrahydrocannabinol (THC) in their blood can be prosecuted for driving high (driving under the influence). 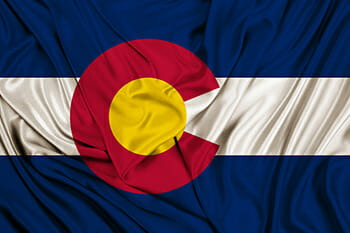 Colorado is at the forefront of the marijuana legalization movement. (And for a while there, we were the favored butt of many late-night jokes!)

I thought I’d provide a brief timeline of Colorado’s dance with the pot legalization movement:

1975: In response to the Nixon administration’s “Shafer Commission” report, which came out in 1972, Colorado decreased the penalty for marijuana possession. The state made possession of less than 1 ounce of pot a petty offense with a $100 fine. There were stricter penalties for people who possessed more than 1 ounce or if they distributed or cultivated the drug.

2000: Colorado legalized medical marijuana. Called “The Medical Use of Marijuana Act,” or “Amendment 20,” this law allows marijuana use “for persons suffering from debilitating medical conditions.”

2006: Colorado attempts to legalize marijuana use but it fails to pass the vote.

2009 & 2010: The town of Breckenridge votes by 73% to legalize marijuana and the law goes into effect in 2010. The law states that people 21 years and older are allowed to possess 1 ounce or less of the drug.

2013: New laws go into effect regulating the blood levels for driving high. (See more on this topic below.) New taxes are also signed into law.

Of course, one of the major concerns when legalizing a new drug is its impact on public health and safety. I’ve often heard people say, “I don’t care if other people want to smoke pot. What I do care about is if they smoke and drive.” 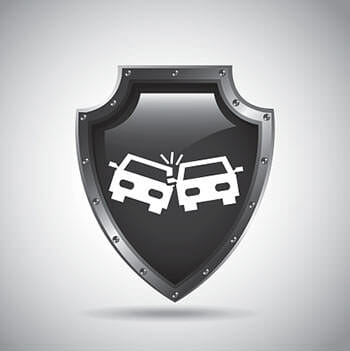 Truly, it seems that many Coloradans are fine with the idea of people smoking pot, but they don’t want those people to threaten the safety of those who aren’t driving high. Makes sense.

Sadly, though, it does appear that Colorado’s legalization of the drug correlates directly to increased car crashes on Colorado roads and highways. Of course, there are many other concerns (such as edibles that look like candy finding their way into children’s hands), but in this blog I will just address the increased incidents of car crashes.

The HLDI study I quoted earlier goes on to report:

“Legalizing recreational marijuana use in Colorado, Oregon and Washington has resulted in collision claim frequencies that are about 3 percent higher overall than would have been expected without legalization, a new Highway Loss Data Institute (HLDI) analysis shows. This is HLDI’s first report on how marijuana legalization since 2014 has affected crashes reported to insurers.”

“More drivers admit to using marijuana, and it is showing up more frequently among people involved in crashes.”

Clearly, this is an issue that our state must aggressively tackle in order to save lives.

What Are the Levels of Impairment for Marijuana?

In Colorado, drivers with 5 nanograms of active tetrahydrocannabinol (THC) in their blood can be prosecuted for driving under the influence. However, the Colorado Department of Transportation also states, “No matter the level of THC, law enforcement officers base arrests on observed impairment.”

NOTE: Chronic users of marijuana may have 5 nanograms of THC in their blood stream at all times! There is some debate about whether the 5 nanogram limit is “fair,” given the fact that chronic users may not be as impaired as novice users, but the law is the law. If you are a chronic user of marijuana (including for medicinal purposes), you should strongly consider using public transportation.

Additionally, there are more penalties for driving while high with children in their car.

I think the equation is as simple as drinking and driving: Don’t do it. Do not smoke and drive.

Teen Drivers and Marijuana Use

Just as with alcohol, marijuana use by teens is illegal. If they smoke and drive, they will be prosecuted. But the real concern is to their safety and the safety of others.

If you live in Colorado and you have a teenage driver in the house, you need to add marijuana use to your list of discussion topics before you hand over the keys. Teens need to understand that pot impairs their ability to drive (not to mention other important decision-making skills) and they should never get behind the wheel after consuming marijuana.

If you have any questions about this article, or if you were in an accident caused by someone impaired by marijuana, please call me today.

Worst Car Insurance Companies — Read the American Association for Justice’s top 10 list as well as the companies the attorneys in our office rate as the worst to insure your car or motorcycle.

8 Dos and Don’ts 24 Hours After an Accident — There are things you can do to protect yourself and things that can lose you thousands of dollars. Know the difference.