Vibrio Vulnificus: How to Avoid This Flesh-Eating Disease

What is Vibrio vulnificus?

Let’s just short-hand it to “Vibrio,” shall we?

Vibrio is, literally, a flesh-eating disease that leads to some of the worst disfigurement I’ve ever seen. But the amputations that result from Vibrio are still preferable to death, which is another very real risk of Vibrio.

Where is Vibrio Vulnificus Found?

Vibrio is typically caught by people who eat raw oysters from the Gulf of Mexico, but I’ve seen cases in people who ate them as far north as Delaware. If you eat an oyster that contains the Vibrio vulnificus bacteria, you have a 50% chance of dying. If you do live, you will probably lose both of your legs and maybe your arms.

In 2016, 46 people contracted Vibrio vulnificus in the waters off of Florida’s coast, and 10 of those people died within days of being infected.

More recently, however, there also have been cases of people who contracted the disease just by touching the waters of, or swimming in, the Gulf of Mexico.

Over this past summer, a 70-year-old woman from Mississippi contracted Vibrio while fishing in the Gulf. She said she reached into a bait bucket of live shrimp and pricked the back of her hand. Her husband said it was only three hours before she was “deathly sick.” She was in the hospital over two weeks and underwent multiple surgeries to save her hand. But she lived. 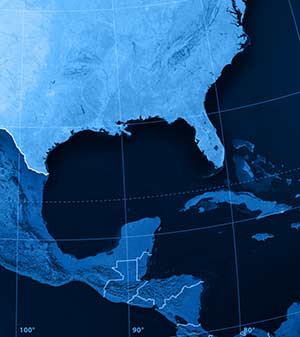 (All shellfish can carry the bacterium, but since people rarely eat any raw shellfish except oysters, shrimp are not often discussed when the disease comes up.)

More recently, I’ve also heard cases of people with fresh tattoos contracting the disease when they ignored orders to avoid swimming and dove into the Gulf of Mexico. In June 2017, a 31-year-old man swam in the Gulf of Mexico five days after getting a new tattoo on his calf. Tattoo artists will advise that people should avoid soaking new ink — even in a bath — and definitely not to go swimming. Very quickly after his swim, he got a fever, chills and a rash near his new tattoo.

“Within a few hours, things had progressed pretty quickly,” said Dr. Nicholas Hendren, an internal medicine resident at University of Texas Southwestern Medical Center. “There’s darkening skin changes, more bruising, more discoloration, what we call bullae — or mounds of fluid that were starting to collect in his legs — which, of course, is very alarming to anyone, as it was to us.

“He was already in the early stages of septic shock, and his kidneys had already had some injury,” Hendren said. “Very quickly, his septic shock progressed from … early stages to severe stages very rapidly, within 12 hours or so, which is typical for this type of infection.”

The man fought for his life for two months, but he ultimately died from Vibrio and septic shock.

(If you want an idea of how painful Vibrio can be, see the CNN story about this man. Warning: the pictures are graphic. But truly, they are typical for the poor people who contract this disease.)

The oyster industry knows about this problem and fights the very simple remedies to keep people safe.

Vibrio moves fast: In 2016, 46 people contracted Vibrio vulnificus in the waters off of Florida’s coast, and 10 of those people died within days of being infected. The CDC estimates that this infection causes 80,000 illnesses and 100 deaths every year in the United States.

“In the USA, most serious infections appear to occur with the ingestion of raw oysters along the Gulf Coast, as nearly all oysters are reported to harbor V. vulnificus during the summer months and 95% of cases were related to raw oyster ingestion.” 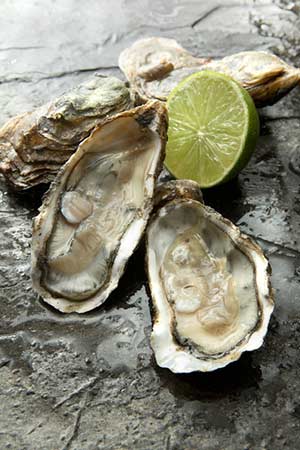 If You Have Lost Someone to Vibrio, Or If You Fought Vibrio and Lived

Call me. Casting humility aside, there are very few attorneys in the country who understand Vibrio vulnificus. In that small population of attorneys, I am a leader.

My first Vibrio case came to me many years ago through a friend who called and said his buddy was in the hospital, possibly from poisoning he received from an oyster. When I arrived at the hospital, I was utterly shocked at what I found: this poor man was fighting for his life because the bacteria were attacking his internal organs, but it had also attacked both of his legs. Imagine both his legs from the knees down as black as shoe leather because they had already died.

Ultimately, the hospital saved the man’s life, but he lost both legs above the knees. I took his case and we sued everyone who touched the oysters: harvesters, processors, shippers, wholesale sellers and the restaurant. We were able to settle and secured a large sum for the victim.

I’m glad Vibrio is a relatively rare disease, but, because of its severity, I’m sad that anyone must suffer through so much pain. If you know someone with Vibrio or someone who died from the disease and you need help with a legal case, please contact me today.