It can be hard to be a injury attorney in Denver sometimes. Sadly, I see victims who have been tremendously hurt – physically, financially and emotionally – by drivers behaving badly. Those are the days when I want to run home and wrap my children in bubble wrap.

There are also many days (too many) when I smack myself on the forehead and say, “They did what?!” Usually it has to do with insurance companies skirting the law or negligent drivers trying to get out of their responsibilities.

If you are ever in an accident with someone who has Allstate insurance, don’t talk to them until you talk to an attorney.

Recently, I was chatting with the two other attorneys in my Denver law firm and we had so many outrageous personal injury lawsuit stories to share that I thought it would make a good article. In fact, we agreed that we probably have enough stories to fill a blog every month. Therefore, consider this the first installment in what I hope will serve as an ongoing cautionary tale to people injured in a car or motorcycle accident: never trust the insurance companies and never count on the other driver to do the right thing 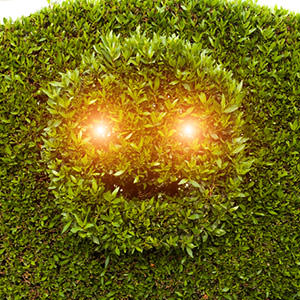 We are currently trying a case in which a driver ran a stop sign and “T-boned” our client. This accident occurred two years ago and has reached the point of litigation. Recently, the negligent driver stated that she couldn’t see the stop sign because of a tree and she (her insurance company) is now blaming the nearby property’s Homeowners Association for not trimming the vegetation. This is entirely brand new information. Nothing in the police report or any previous statements indicates that the driver mentioned a tree blocking the stop sign. We’re calling it, “The Case of the Phantom Shrub.”

No surprise, his story directly conflicts with the insurance company’s claims.

We are representing a bicyclist who was hit by a car that ran a stop sign. (Are you starting to understand why it’s important to come to a full stop at intersections?) The driver stated that the bicyclist was biking on the wrong side of the road and so he didn’t see him when he pulled through the intersection. The driver’s insurance company is trying to deny liability or to pay less than the bicyclist is owed using this false statement. Luckily, we found an eye witness who saw the bicyclist on the correct side of the road. Smells like someone is lying to me, and it ain’t the cyclist. 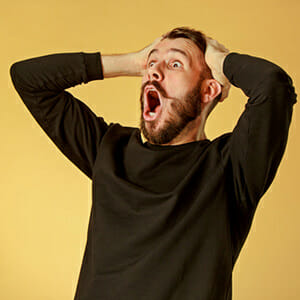 Remember that episode of Gilligan’s Island when Gilligan gets hit on the head and can’t remember anything, and then he gets hit again on the head and remembers everything? Check this out: We have a motorcycle case in which our client was traumatically hurt by another motorcycle rider. At the time, the at-fault rider claimed he couldn’t remember the accident. Now, six months later, he says he remembers everything and he didn’t do anything wrong. Convenient.

We’re working a motorcycle case right now in which an insurance company is telling us they have a witness who can deny our client’s story… but they won’t tell us who the witness is or what he/she saw. So, we went to the scene of the accident and visited a nearby Kentucky Fried Chicken. When we got there, one of the employees said, “I already talked to you.” Turns out, he thought we were with the insurance company. We told him we represented the injured motorcyclist and we asked him about the accident. No surprise, his story directly conflicts with the insurance company’s claims and directly supports our client’s case. The insurance company doesn’t have a witness at all; they were just trying to scare us into settling the case for less. Not gonna happen.

They try to overwhelm the victims or their attorneys with bogus paperwork, stall tactics, lowball offers, false statements and more.

In a recent article, I shared that Allstate was ranked the worst insurance company in America. That matches what we see in my firm. Namely, Allstate and its subsidiaries don’t pay claims, leaving their clients exposed to lawsuits.

Here’s an example: A man in a case we’re researching had recently switched his insurance from Liberty Mutual to an Allstate subsidiary. He had listed his motorcycle on the Liberty Mutual insurance and it was included as part of the switch to the AllState subsidiary. Later, this man caused an accident while he was riding the motorcycle and he caused injuries to another person. When the man, who wanted to do the right thing, tried to access his insurance to cover the other person’s costs, the company denied his claim, saying the motorcycle wasn’t on his policy.

The result: the person that this man injured could sue him personally for her injuries, which means he could lose his savings, his home, and more. I wish this was uncommon, but too many insurance companies deny claims that they should rightly pay.

NOTE: If you are ever in an accident with someone who has Allstate insurance, don’t talk to them until you talk to an attorney. 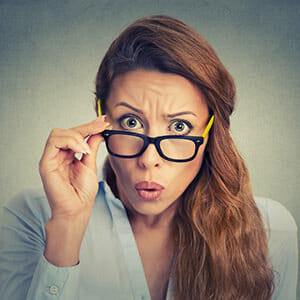 Finally, I’ll share one more method that insurance companies (especially Allstate) use to get out of paying for their policyholders’ accidents. In a nutshell: they try to overwhelm the victims or their attorneys with bogus paperwork, stall tactics, lowball offers, false statements and more. Allstate literally has attorneys on staff whose job is to get out of claims made by their own clients!

Also, they know that most personal injury attorneys don’t want to go to trial for their clients; they want a quick settlement. Too often, attorneys who are hired to protect injured victims will take a low-ball settlement and tell their client it’s the best they can do. Trials are expensive, but they usually pay off in better results for victims. If you’re ever injured in an accident, make sure you hire an attorney who can’t be put off by stall tactics and who has a track record of taking cases to court.

That’s all I’ve got for now, but I’m sure I’ll have many more stories to share in a few weeks. Stay tuned!

What is Collision Insurance? — Most people don’t understand what coverages mean. Right away, you should know that “full coverage” is not what it sounds like.