Bless Westword’s Michael Roberts! He keeps writing articles about the worst roads in Denver, and while that may seem sensationalist, I think it’s important for Coloradans to understand the dangers on their roads. Our city keeps setting “Vision Zero” goals for road deaths, and yet it seems like we make so little progress. So far this year, we are at 69 deaths in 2022. Each one a horrific tragedy for their families.

Most recently Mr. Roberts posted an article titled, “Denver’s Most Dangerous Streets: The Top 20.” He shares statistics for each type of injury on the roads since 2013. I thought I’d drill down to some of the worst offenders, those with over 100 deaths since 2013.

Longtime Denverites can probably guess which roads in Denver have the most accidents with injuries, but I’ll list the top six and then discuss some of the stats and what they reveal. 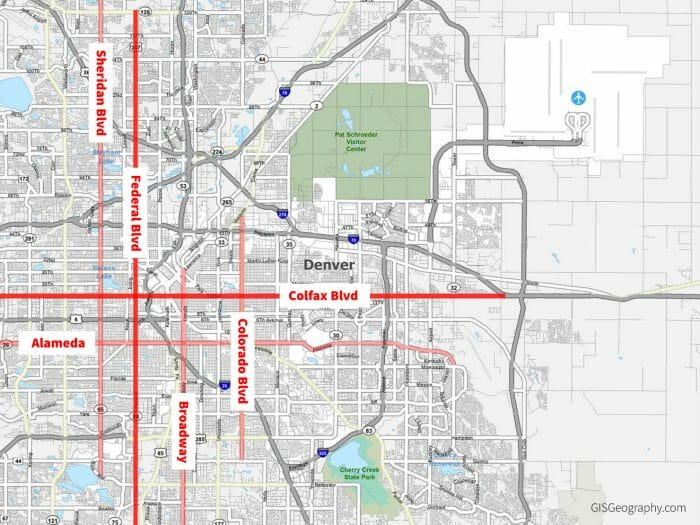 While those numbers are staggering, it’s interesting look at the types of injuries on each road. For example, roads like Federal and Colfax, where cars and pedestrians are both found in large numbers, see the highest number of pedestrian injuries.

Similarly, the roads with a lot of blind entrances and exits for businesses are the worst for motorcycle riders. The worst roads in Denver for motorcycles stack up a little differently than for pedestrian injuries.

Are you seeing the trend that I’m seeing? Federal and Colfax are not only the worst overall, but they are the worst for pedestrians and motorcyclists. Let’s check out the stats for injuries to bicyclists on Denver roads.

That is the exact same order as the overall “worst roads” ranking. Lastly, let’s look at serious injuries to people in cars.

Wow! Big difference between Colfax and Federal on that particular statistic. As a regular driver on Federal Boulevard, I feel like there is always construction on that road. I wonder if that has anything to do with the high number of injuries overall.

Denver has long prioritized cars over all other forms of transportation and I think these statistics share the negative impacts of that reality. (Hopefully we will fix part of this problem soon by building better sidewalks for pedestrians! But that’s a topic for another day.)

If you frequently drive, walk, bike or ride any of these dangerous Denver streets, please obey all of the laws and look twice for others on the road.