In past articles, I’ve made it pretty clear that I am fed up with hospital billing practices that victimize people who have been in car or motorcycle accidents.

In a nutshell: hospitals do everything in their power (sometimes skirting the law) to charge victims the absolute maximum that they can. Even when the victim has health insurance, which should help to keep costs low, thanks to mutually agreed-upon fees between the hospital and insurer, the hospital won’t submit bills to the victim’s health insurance so that it can stake a claim on a future legal settlement against the at-fault driver. It’s healthcare billing fraud, and we’re fed up with seeing it happen.

Never give the hospital the other driver’s insurance information. It works like this: a car or motorcycle accident victim is taken to a hospital for treatment. When the hospital billing department discovers that an accident was involved, they start seeing dollar signs. Why? Because that victim will have the opportunity to sue the other driver’s insurance company for the money to cover his or her medical bills and other losses. The hospital, which could (legally should) simply work with the victim’s health insurance to cover costs, will instead withhold all billing and wait to see if the victim receives a settlement from the other driver’s insurance. If that happens, the hospital will file a lien against the settlement for all the victim’s medical bills; that lien will be marked way up at a billing rate that is far higher than what the hospital could have (should have) gotten from the victim’s health insurance already.

The result: the victim receives less money from the settlement, because the hospital took so much and healthcare billing fraud. In my experience, the victim likely needs that money for future care and to cover losses.

How to Protect Yourself from Healthcare Billing Fraud After an Accident So, how can you protect yourself from these underhanded billing practices? You and your loved ones must be strong advocates from the very beginning of your medical treatment.

It is absolutely criminal that, at a time when a person may be suffering tremendously, he or his loved ones must instantly begin a fight with the hospital over unethical billing practices. Yes, I believe it is unethical and immoral for a hospital to try to squeeze extra cash out of a person who carries healthcare insurance.

Read this Book: “An American Sickness” 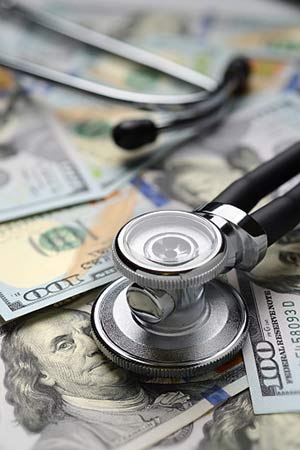 If you still believe that hospitals provide a community service and that they have a right to bill whatever they want for keeping people healthy and saving their lives, you need to read “An American Sickness: How Healthcare Became Big Business and How You Can Take It Back,” by Elisabeth Rosenthal.

On initiating conversations early on with doctors about fees and medical bills,

“You should start every conversation with a doctor’s office by asking “Is there a concierge fee? Are they affiliated with a hospital? Which hospital are they affiliated with? Is the office considered part of a hospital?” In which case you’re going to be facing hospital fees in addition to your doctor’s office fees. You ask your doctor always … “If I need a lab test, if I need an X-ray, will you send me to an in-network provider so I don’t get hit by out-of-network fees?” …

Often that will be a little hard for your doctor, because they may have to fill out a different requisition, but it’s worth asking. And any doctor who won’t help you in that way, I think, isn’t attuned to the financial cost that we’re bearing today.”

On how to decipher coded medical bills,

“Don’t be alarmed by the “prompt payment discount.” Go back to the hospital and say, “I want a fully itemized bill. I want to know what I’m paying for.” Some of it will be in codes, some of it will be in medical abbreviations. I’ve discovered you can Google those codes and find out what you’re being charged for, often, and most importantly, you might find you’re being charged for stuff that obviously you know you didn’t have.”

Rosenthal also says, “We’ve trusted a lot of our health care to for-profit businesses and it’s their job, frankly, to make profit. You can’t expect them to act like Mother Teresas.”

If you have been the victim in a car or motorcycle accident and you fear that a hospital is taking advantage of you, contact me today.