Get A Ride Home This Holiday Season: What is BeMyDD 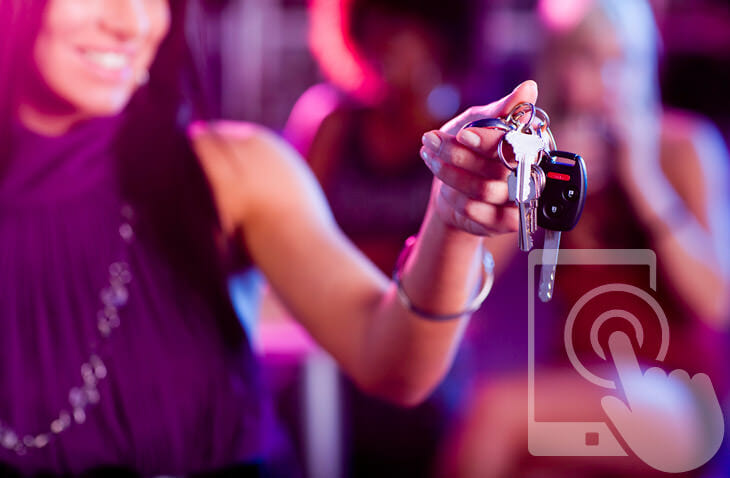 BeMyDE: A designated driver company that drives your car home

‘Tis the season for merriment! I’m sure we’ll all be attending family gatherings in December to celebrate Christmas, Chanukah and other holidays, as well as parties to celebrate the new year, yet being on the roads after even a few drinks can be dangerous. Drinking and driving is dangerous, but utilizing a service that drive your car home like BeMyDD can help keep your holidays safe.

As we head into this joyful season, I wanted to first share some “sobering” statistics about drunk driving and the holidays. My hope is that you will utilize a company like BeMyDD, leave your car at home, pick a designated driver, or get a ride from one of the many convenient car services available to you.

Perhaps it is then fitting that, by Presidential proclamation, December has been designated the National Impaired Driving Prevention Month.

Do You Know Your Limit?

Many of us think that we know our alcohol intake limit: the magic amount that helps us to feel part of the festivities, but still safe to drive. But I would caution you to think hard about using the “I-know-my-limit” tactic to avoid drunk driving. The truth is, most of us overestimate how many drinks we can tolerate.

The Today Show reported this story in 2013:

TODAY conducted a social experiment, inviting a group of friends to a restaurant and telling them it was for a story about holiday drinking. What they didn’t know was that after the party, a local police officer working with TODAY would be giving them Breathalyzer and field sobriety tests.

Half the guests were told to drink as they normally would, and the other half were told not to drink at all, so they could serve as designated drivers. (Car services were also hired as a backup to make sure everyone got home safely.)

One partygoer who drank, Kim, thought she would be OK if she waited “at least an hour, hour and a half” before she drove. But when she was given a Breathalyzer test after that time, she was surprised to find that after only two drinks, she had a blood alcohol level of 0.1 percent (the legal limit is 0.08 percent).

“I thought I could have two and be safe,” Kim said. Authorities say that’s a common mistake. Even after you stop drinking, your blood alcohol level can continue to rise as the liquor seeps into your system.

Another partygoer, Ron, thought he could safely drive two blocks home. But given a field sobriety test, he was unable to do it. His blood alcohol level was 0.13.

“I probably would have gotten into a car to drive home had I been at a local bar,” Ron admitted. “God forbid I’d hurt someone or killed somebody.”

I would argue that none of us know our limit and that this is a horrible tactic to use when attending a party. If you plan to drive, you simply can’t drink.

BeMyDD and Other Designated Driving Options

While many of us think that the designated driver concept has been around in the United States for a long time, our country was actually slow to adopt it. Wikipedia reports:

The designated driver concept was developed in Scandinavia over several decades beginning in the 1920s, leading to a formalized designated driver program in the 1980s. The program was introduced in Canada in 1986 by Hiram Walker and Sons as “The Canadian Club Designated Driver Program”. The program was accepted readily and supported by the police, Mothers Against Drunk Driving, the hospitality industry and the public. There were few if any detractors. The program was heavily promoted by Hiram Walker’s President Doug Young and the company’s PR agency Marshall Fenn Limited led by David Butler. The concept swept Canada, the USA and many other countries during 1986.

Here’s the problem with choosing a designated driver: they sometimes cheat! They think they know their limit (see above) and they will have a couple of drinks, believing that they can “handle it.” But when they get behind the wheel, driving their friends home, they are not as safe as they should be.

BeMyDD (also known as Dreyver) is a designated driver company that helps you get home safely and the best part is that they are a service that drives your car home for you. The company started in 2010 and is now one of the country’s largest designated driver companies. They offer personal hourly driving rates, pickup service, and what they call their “Peace of Mind Plan.” This is a very similar service to Uber and Lyft, but with the added perk that you get to wake up in the morning and your car is there in your driveway – no need to take another cab to go pick up your vehicle.

Here are a few other ways to choose a designated driver, especially among friends who go to parties together often:

There are all kinds of products on the market today that enable you to test your own blood alcohol content (BAC). (You could get one of these as part of your designated driver plans, to make sure your driver is sober!) Simply type “breathalyzer” into your search engine and you’ll see pages of options.

When it comes to staying safe on the road during the holidays, you could also opt to get a ride both ways. When you drive your car to the party it might be tempting to drive home. (Again, none of us really knows our limit.) Of course, the most popular driver service today is Uber, but that can be pricier than a good old fashioned cab.

Program your plans (Uber app, taxi number) into your phone before you head to the party to make the decision even safer.

Make it Easy on Your Friends

Are you hosting a party? Take efforts to keep your friends safe, including:

Do you have other ideas? Send them to me at info@osullivanlawfirm.com.  And please, let’s be careful out there!

How Can You Tell If The Driver of the Vehicle In Front Of You Is Drunk? — Motorists should know how to identify and avoid a dangerous driver by recognizing the signs of impairment.