Why Texting and Driving in Colorado is Still Legal 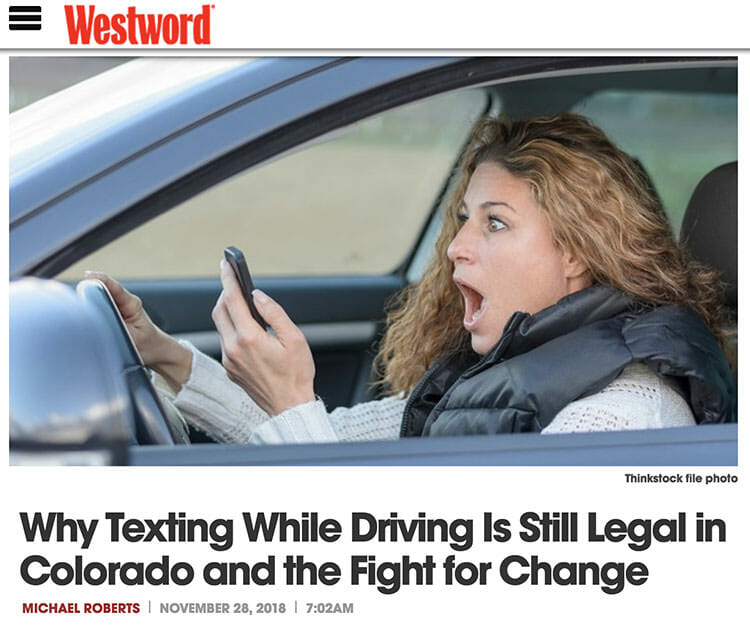 Our own Scott O’Sullivan was interviewed by Westword as part of their ongoing series about Denver traffic. Today, Michael Roberts spoke with Scott about Colorado texting and driving laws: where they are and where they’re going.

“Despite plenty of evidence that texting while driving is dangerous and can be fatal, it’s still legal in Colorado to do so for those eighteen and older. But while efforts to make hands-free driving the law of the state have fallen short so far, advocates are already gearing up for another fight, and this time they’re determined to win.”

Read the article in which Scott discusses his efforts, along with other organizations, to move Colorado towards a hands-free driving state.