The Worst Damn Freeways in America: I-70 is one 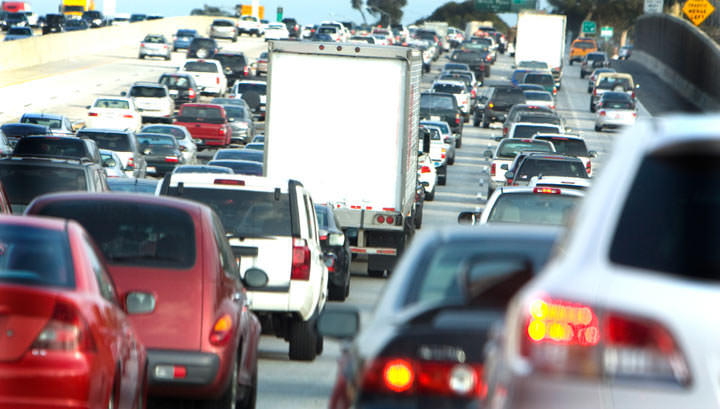 Last November, Thrillist came out with a report that they aptly titled, “The Worst Damn Freeways in America,” and guess what! Interstate 70 was on it as one of the worst interstates! Shocker. Not.

Here is the hilarious introduction that they wrote in the article (those of tender ears should not read on):

This isn’t about how long you sit in traffic. That’s just one part of it. This is about the entire godawful experience that is commuting on the US interstate system, day in and day out, navigating around terrifying Final Destination-esque scenarios, jostled by relentless potholes that the bottleneck-inducing, 365-days-a-year construction never seems to fix.

Here are the absolute worst freeways in America, as determined by a metric of suck that we’re calling the Total Horribleness Index. Basically, we combed through a ton of data from the Federal Highway Administration to find out just how awful a city’s traffic really is. It’s based on three main factors:

1) The amount of time you’re needlessly wasting in traffic
2) The road roughness that beats the crap out of you and your car
3) The chances that you’ll, you know, die

Here is what they had to say about our lovely I-70 corridor:

Total Horribleness Rating: 0.4677
Worst aspect: The complete and utter randomness of winter traffic makes planning impossible.
What people are saying: “I-70; fresh pow is coming down in Vail, you packed up your gear, and you leave at 5am to go skiing. Instead, you sit for four hours in your Subaru because the goddamn Eisenhower Tunnel is closed due to an accident and isn’t opening anytime soon. One time I sat for three hours waiting for the tunnel to open in the spring. Generally, things tend to be fine in the warmer months, but in the winter, it’s anyone’s guess. Don’t even try driving it on a Sunday afternoon in ski season, unless you want to pee into Gatorade bottles on the way home when you’re trapped on the highway.”

This news comes as a surprise to no one in the Colorado skiing community. How many times have you said, “This isn’t worth it!” And then the next weekend, you pack up your gear again and head for those glorious Colorado peaks. And, again, via one of the worst interstates ever.

Major construction fixes seem remote. The small towns along the highway protest any more highway in their backyards (I can’t say that I blame them) and light rail seems like an astronomical investment of time and money given how long our metro Denver light rail project has taken.

I admire that the Colorado Department of Transportation is experimenting with options that may provide some relief, such as the Peak Period Shoulder Lane. I’d love to know if you’ve found that this option alleviates the “metric of suck” (as Thrillist so eloquently put it) during I-70’s peak drive times.

Also, I invite you to read more of the article here. (Thrillist is actually very fun way to take a brain break from work.)