At The Scene of a Motorcycle Accident

If you’ve ever witnessed an accident – particularly one involving a motorcycle – you know that the people involved can tend to act abnormally. Victims jump up from seemingly destructive impacts, witnesses shrug and move on, guilty parties split the scene. In this chapter, we want to share some things that you should keep in mind if you’re in an accident, or if you’re with a buddy who’s in an accident.

This chapter covers the following:

What Is a Typical Motorcycle Accident? 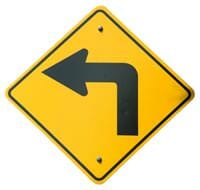 Believe it or not, there is a typical motorcycle accident. This scenario happens so often that it’s almost predictable: A motorcyclist is traveling one direction on a road and a car is heading the other direction, sitting in the left-turn lane. The driver turns in front of oncoming traffic and hits the motorcycle rider.

Usually, the motorcyclist collides with the front, passenger-side corner of the car, becomes airborne, hits the windshield and flies over the car.

What would you do if the motorcycle rider were you? What if it was a friend?

If You Witness a Friend in an Accident, What Do You Do?

These are the steps to take when your buddy has been hurt in an accident:

Here’s a strange fact about accident victims: Often, they exhibit the “flight instinct.” The motorcyclist gets hit, flies off the bike, hits the ground and then is up and running! This is because his adrenaline takes over. If you witness this behavior, get your friend to sit down, calm down, and to stop standing up. Protect your friend from running into traffic.

If You’re In an Accident, What do You Do?

Let’s say that you’re in an accident and you’re coherent enough to take action. These are the steps you should take:

And speaking of cops, it’s unfortunate, but cops sometimes don’t get it right and ticket the wrong party. Even in cases like the typical accident that we outlined above – in which the motorcyclist has the right-of-way and the other driver was at-fault – the motorcyclist is often given the ticket. Yet another reason to collect as many witnesses as possible.

In order to illustrate this point, consider the following real-life story from the O’Sullivan Law files.

Patrick was riding southbound on a busy, four-lane road. A northbound driver turned left in front of him and Patrick barely had time to hit the brakes. The momentum of his bike was so powerful that after Patrick and the bike hit the side of the car the bike’s tail came up, tossing Patrick into the car, and then the bike itself hit Patrick again.

Patrick sustained a shattered left collarbone, broken ribs, torn ligaments in his knee, and other injuries. Fortunately, he was wearing a full-face helmet so his head and jaw were ok.

The police arrived. Because Patrick had no traumatic head injury, he was able to explain the accident. However, one witness told the police that she had seen Patrick earlier riding in between cars or “splitting lanes,” which is illegal in Colorado. She did not see the accident. Two other witnesses saw the accident and said Patrick was not splitting lanes and that he had the right-of-way.

Patrick asked the O’Sullivan Law Firm to represent him and we visited the scene of the accident. We were able to collect witness statements from people who worked in a nearby restaurant. These witnesses also said that Patrick was driving legally and had the right-of-way. We took those statements to the prosecutors who promptly dropped the case against Patrick.

Chapter 4: After an Accident, Should You Talk to the Other Driver’s Insurance Company?