Who is Going to Pay All of These Medical Bills?

Not long after an accident, a victim starts to panic. Who will pay all of the bills associated with medical treatment? As mentioned in Chapter 2, the at-fault driver’s insurance won’t pay for anything until treatment has ended; there is no “pay as you go” option. In fact, the payment process can be long and involved. In the meantime, you have to heal.  What is the best way to manage the expenses of the treatment process?

This chapter covers the following:

If You Have Health Insurance, Use It 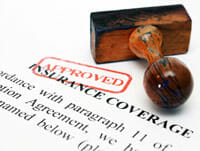 People who are the victims of an accident tend to make one big mistake when they are taken to the hospital: they give the other driver’s auto insurance information to the hospital. I understand why: they think that the accident wasn’t their fault so someone else should pay. But that’s not how things work in the state of Colorado. And sadly, that single decision can end up costing them thousands and thousands of dollars.

Hospitals can’t do anything with the other driver’s insurance information. Worse, when you give them the other driver’s insurance card, they immediately know that there’s going to be a legal case and they may put a lien on your case against the other driver. This means they will hold onto all of their billing until they know the outcome of your case. Why is this bad? The lien on your case from the hospital could mean that you will have to pay them out of the check you receive from the at-fault driver’s auto insurance! (And you will pay double the rates that your health insurance company would have paid.)

On the other hand, when you give the hospital your health insurance information, they are required by law to use it.

Therefore, if you have health insurance, use it!

What If I Don’t Have Health Insurance? 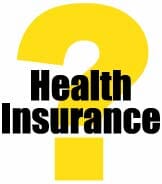 Here’s a little-known secret: You can negotiate with hospitals to reduce your bills and to set up payment plans.

If you’re in an accident while riding your motorcycle and you are at fault – and if you don’t have health insurance – a hospital will treat your injuries because they must!  Then, they will send you bills for those medical costs.  Even though you had no insurance and the accident was your fault, you still have the power to negotiate with the hospital. For example, if your bill is $10,000, you may ask them to reduce it to $8,000 or even $5,000. But don’t negotiate unless you’re willing and able to pay.

So, what if you’ve been in a motorcycle accident that was caused by someone else and you don’t have health insurance? I have good news: you may be able to apply for Medicaid and it could retroactively cover the injuries you received as a result of the accident. Depending on your financial situation and the extent of your injuries, if you are in the hospital for a long-term stay, such as the ICU, or if you require long-term physical therapy or occupational therapy, you may qualify for Medicaid.

The hospital should send a social worker or case manager to help you apply. Why would they do this? Because it’s in their best interest! If you don’t have insurance, they will likely lose money on your care, so they want you to receive Medicaid if you qualify.

From the O’Sullivan Files:

We had a client who was the victim in a horrendous motorcycle accident and he didn’t have any health insurance. When he was admitted, he was unconscious, but his ex-wife and daughter provided the hospital with the at-fault driver’s insurance information. By doing this, they let the hospital know that there was a third party (the at-fault driver’s insurance company) that might pay for his medical costs.

Luckily, the victim hired us to help him and we walked him through the steps to apply for Medicaid. He qualified but the hospital still tried to receive payment from his final settlement. We had to “gently” remind the hospital that they had a duty to bill Medicaid and we saved our client over $700,000! His entire settlement was $1 million and the hospital wanted $700,000 of it! Because we had gotten the victim signed up on Medicaid, that $700,000 stayed in his pocket… and he desperately needs it for ongoing care.

Here are some excerpts from the letter we sent to the hospital:

“(1) Before a lien is created, every hospital … shall submit all reasonable and necessary charges for hospital care or other services for payment to the property and casualty insurer and the primary medical payer of benefits available to and identified by or on behalf of the injured person, in the same manner as used by the hospital for patients who are not injured as the result of the negligence or wrongful acts of another person. (Emphasis added)

(3) If a hospital is notified of a payer of benefits after it creates a lien, the hospital shall make good-faith attempts to submit reasonable and necessary charges for hospital care or other services to the identified payer in the same manner as used by the hospital for patients who are not injured as the result of the negligence or wrongful acts of another person.

(7) An injured person who is subject to a lien in violation of this section may bring an action in a district court to recover two times the amount of the lien attempted to be asserted.”

Chapter 6: Who is Going to Fix My Bike?