After an Accident, Should You Talk to the Other Driver’s Insurance Company?

What if you’re the victim of someone else’s negligent driving? Many people automatically assume that the other person’s insurance will simply step up to the plate and take care of their expenses, no questions asked. But it’s not that easy… of course!

This chapter will share a few of the ins and outs of how insurance companies operate after an accident and the steps you should (and shouldn’t) take if you’ve been injured, including:

Never Use Social Media After Your Accident 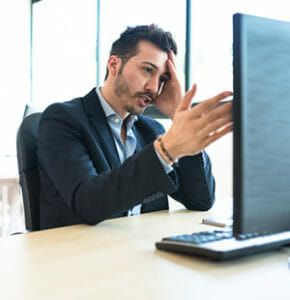 I’ve heard stories of car accident victims and motorcycle accident victims who literally ruined their cases due to their social media use. How? Imagine this: You’re the victim of an awful motorcycle accident. The other driver is clearly at fault and, depending on your injuries and medical needs, you may be owed hundreds of thousands of dollars. But one day, you’re finally having a good day after the accident, and you take a picture of yourself hiking Long’s Peak and you post it on Facebook. You were in tremendous back pain the entire hike but felt so proud of yourself that you just had to share the image with your friends because they’ve all been rooting for you and supporting you since the accident. You want them to know you’re a fighter!

“That single image could mean that you say “bye-bye” to hundreds of thousands of dollars.”

But that single image could mean that you say “bye-bye” to hundreds of thousands of dollars. The other driver’s insurance company will use that post to prove that your injuries aren’t very bad and that they don’t owe you as much as you originally stated.

I’m not in any way suggesting that people lie about their injuries. I don’t promote or tolerate false reporting of injuries. But I’ve also seen people with traumatic injuries enjoy one good day and get excited because they feel like they’re getting their lives back together, and they mistakenly tell insurance companies, “I feel like I’m getting better,” only to be in bad shape the next day. Healing is messy like that.

My recommendation: Shut down all social media until your case is settled.

When to Provide a Statement to Insurance Companies 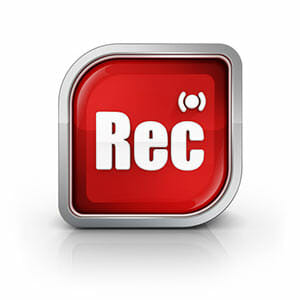 The truth of the matter is this: You need to think of the other driver’s insurance company as an adversary. They are looking to protect their interests and, therefore, they will be looking for ways to get out of their responsibility to cover your costs. Don’t give them the opportunity to do this!

Keep the following in mind when dealing with the other driver’s insurance company:

He spoke to the woman’s insurance company and said that he “felt fine.” A few days later, Doug experienced horrific pain in his chest and discovered that he had blood clotting due to the accident and he had to take blood thinners for six months.

Why You Should Never Provide a Recorded Statement

In the first few days and weeks of recovery from an accident, there is a good chance that you are on medications, disoriented and desperate to figure out how to pay the bills that are building up. Also, we’ve noticed over the years, accident victims often try to “be brave” or even polite, brushing off their injuries with statements like, “It’s not that bad,” or “I’m doing alright.”  Experience shows that most accident victims have no sense of how bad their situation may be for several days, if not a few weeks.

Consider this example from the O’Sullivan Law files. Doug was riding his motorcycle northbound and a woman pulled out of a parking lot from his right side, making a left-hand turn. Doug slammed on his brakes, causing his bike to skid. The back end of the bike swung around and Doug fell to the side. The bike landed on his left leg.

Doug wasn’t terribly hurt but he went to the doctor to get checked out. He seemed to have minor scrapes and bruising, so he went home. He spoke to the woman’s insurance company and said that he “felt fine.” A few days later, Doug experienced horrific pain in his chest and discovered that he had blood clotting due to the accident and he had to take blood thinners for six months.

Doug asked the O’Sullivan Law Firm to represent him. When we contacted the woman’s insurance company, they said, “He told us he was fine,” and they tried to deny coverage. We were able to show a direct link between his injuries and his blood clotting and Doug received compensation for his injuries.

Why Do You Need a Personal Injury Attorney After Someone Hits Your Car?

As if the information above isn’t proof enough that you need help from a personal injury attorney after an accident, consider the following:

Chapter 5: Who is Going to Pay All of These Medical Bills?