Seatbelt Ticket: Driving Without a Seatbelt 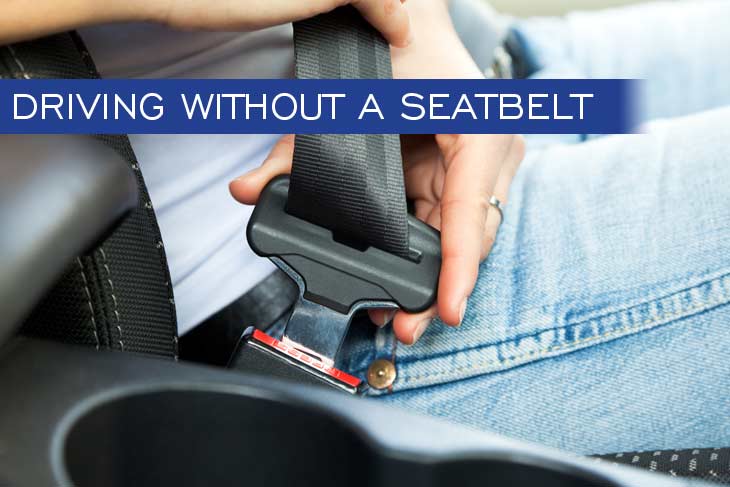 How much is a seatbelt ticket? When did seatbelts become mandatory? Do you have to wear a seatbelt in the backseat?

Back in the day (you know a guy is of a “certain age” when he starts a story like this), we didn’t have to wear seatbelts. I remember traveling around in the back of my parents’ car, rolling around like a marble as they turned, lurching into the front seat when they braked and generally scrambling around like a monkey to entertain myself. Then, in the early 1960s, seatbelt laws started spreading across the country and we were all told to restrain ourselves. The results were almost immediately apparent: seatbelts save lives.

In a study published in the Journal of the Royal Society of Medicine in 1990, researchers evaluated injuries at a hospital in the years before and after the introduction of seatbelt legislation. They found that the number of people who escaped injury from auto accidents increased by 40% and the number of people presenting with mild and moderate injuries decreased by 35% after legislation.

And yet, some people still don’t wear seatbelts, which is astonishing to me.  In this article, I’m going to share:

Just the other day, I saw two guys driving without using their seatbelts. If you read this article and know someone who never uses his or her seatbelt, please share it with them. We could save lives.

The History of Seatbelts

As I was researching this article, I thought I’d discover that the first safety belts were installed around the 1960s, just based on my own experiences as a kid. But it turns out that Volvo introduced the first seatbelt in 1849! Here in the United States, the first patent for a seatbelt was filed in 1885 by Edward J. Claghorn and it was described as “designed to be applied to the person, and provided with hooks and other attachments for securing the person to a fixed object.” That doesn’t sound comfortable at all.

More recently, the modern three-point seatbelt was invented by Nils Bohlin, a Swede, and was first used – again by Volvo – in 1959.

Want to guess when the first child car seats were invented? 1921! Right after Henry Ford rolled out the first Model T. But these car seats weren’t anything like today’s 5-point systems. They were basically sacks with a drawstring attached to the backseat.

When Did Seatbelts Become Mandatory?

By 1963, 23 states had seatbelt laws on the books, requiring seatbelts for all new cars. With that many states demanding seatbelts, the auto industry realized that they had to get on-board and create cars with seatbelts for cars sold across the country. (Previously, they had tried to build different cars for states with seatbelt laws and those without. That process increasingly made little sense financially.)

If Volvo introduced the first seatbelt in 1849, why did it take so long for their use to become standard? Short answer: the auto industry was convinced that safety wouldn’t sell cars; style and performance were emphasized in their advertising. And they were right. In 1956, Ford Motor Company promoted its safety features and Chevrolet, which emphasized style and performance, outsold Ford by a three-to-one margin. We humans have always liked shiny things, it appears.

Currently, the State of Colorado has an 82.9% seatbelt compliance rate.

The Colorado State Patrol has an ongoing “Click It or Ticket” campaign. Their website states that, “Currently, the State of Colorado has an 82.9% seatbelt compliance rate. This is an increase from the 79.3% compliance rate in 2004.”

In Colorado, there are two ways that officers enforce the seatbelt laws: as primary and secondary offenses.

Colorado’s child passenger safety law is a primary enforcement action, meaning a driver does not have to be stopped for another driving offense before they can be ticketed for a violation of the child passenger safety laws. They can be pulled over by an officer simply because he or she sees that a child is unrestrained. (For more information about Colorado’s child car seat laws, visit this website.)

The seatbelt law for adults is a secondary offense, meaning a driver must be stopped for another offense (say, speeding or running a red light) before receiving a ticket for a seatbelt violation.

How Much is a Seatbelt Ticket?

I often get asked, “How much is a seatbelt ticket in Colorado?” The minimum fine is $65 and two points. Here is a chart to explain penalties for seatbelt violations:

Do You Have to Wear a Seatbelt in the Backseat in Colorado?

This is interesting… seatbelts are mandatory in Colorado for drivers and all front-seat passengers. Adults in the back seat do not have to wear seatbelts, but you always need to have children restrained properly. An adult in the state of Colorado is anyone over the age of 18.

If you were in my line of work and had seen the things I’ve seen, you’d never question whether or not you need a seatbelt. In fact, you’d be shopping for the safest car you could find, not the shiniest or fastest. I have seen lives lost, lives destroyed, families left distraught and financially demolished, simply because someone wasn’t wearing a seatbelt. Think of all the arguments you might make for not wearing your seatbelt:

Then imagine an officer standing on your family’s porch explaining that you perished in an accident because you weren’t wearing a seatbelt. There’s simply no good excuse. Buckle up and be safe!

What Insurance Companies Don’t Want You to Know — People are shocked to learn that their own insurance companies may try and hide coverage they have paid for.

Social Media and Driving Accidents — No matter how innocent that post may be, a social media post can kill your case.