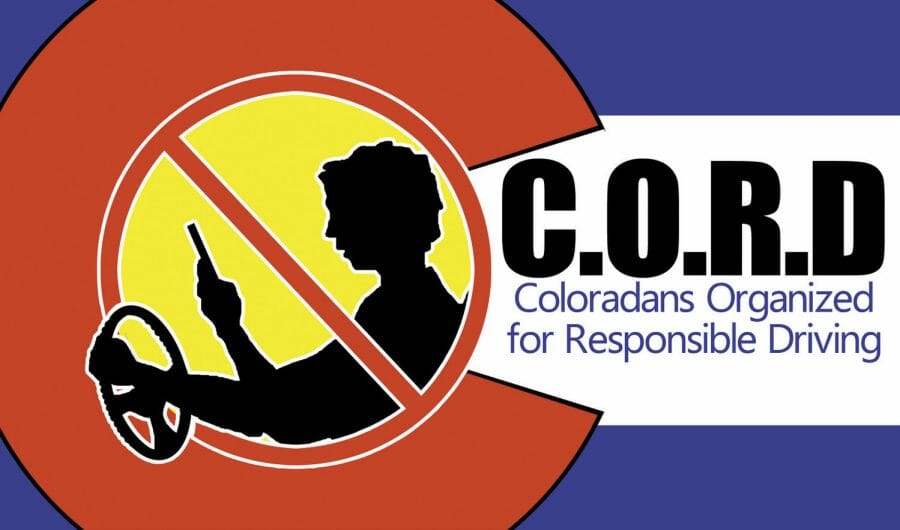 In February of 2016, Brian and Jacquie Lehner were riding their Harley-Davidson on Highway 83 near Franktown when an oncoming driver crossed the double-yellow line and hit them head-on. Both of the Lehners were killed. The driver, Athina Munoz, was found by police to be texting while driving, and she was also high on multiple substances.

Susan Dane was friends with the Lehners, having met them through her Harley-Davidson Chapter in Parker.

“The summer after they died, I told our Chapter members, ‘Something good has to come out of this!’” says Susan. “I looked up the penalties for texting and driving in Colorado and discovered that it was only $50 and one point. We were all shocked and realized we had to get that changed.”

Dane understood that Colorado’s laws were not strict enough to make anyone change their habits, meaning more people could die due to texting and driving. But she didn’t know how to change laws. She had never been involved in any legislative efforts in her life.

Therefore, Susan and a few of the Lehners’ other friends requested a meeting with George Brauchler, the district attorney who had prosecuted Athina Munoz.

“He said we had two options to change the law,” says Susan. “Either we could create legislation and try to get it passed through the Colorado legislature, or we could try to get signatures on a petition and get it on the ballot. He told us legislation would probably easier.” 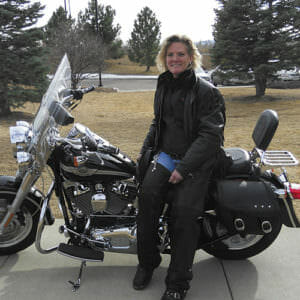 “My role was to go out and find bills that had been introduced or laws that had passed in other states,” says Susan. “I discovered that there was a bill moving forward in Colorado that year! Senator Lois Court had introduced the bill, so I gathered a bunch of bikers to show up and testify on behalf of the bill.”

Susan laughs a bit when she thinks of that day. “When Senator Court saw us all walk in the room – all these motorcycle riders – she was afraid we’d be against the legislation because bikers are typically against more restrictive laws, such as helmet laws. But then we all started telling our stories and she realized we were on her side.”

CORD and Senator Court worked together to cross party lines and get a bill passed that year. It was a victory but, according to Susan, still not enough.

“It was a small victory,” says Susan. “We got the fines increased but it was a very hard law to enforce. Basically, the only way to get pulled over and ticketed is if you’re texting while driving, and you’re driving carelessly, and a police officer sees you.”

(Scott O’Sullivan of Rider Justice and The O’Sullivan Law Firm also testified at that first public hearing and has been working with CORD and Senator Court to pass stricter texting-while-driving laws.)

Sadly, a stricter bill was quickly killed in 2018. But everyone involved agreed that they had to keep trying in 2019. Their first goal was to expand awareness and support of their efforts.

“We got insurance companies, AAA, C-DOT, the bicycle communities and so many others involved,” says Susan. “So many people want safer roads!”

The 2019 bill made it through the Colorado Senate but was killed in the first House committee it faced.

“We aren’t going away!” she proclaims, insisting that CORD and many others will be back for the next legislative session to get an impactful, habit-changing law passed.

“In my perfect world, I would like to see a fine of $500 and 4 points for the first offense, escalating from there for each additional offense,” she says. “This is just as bad as drunk driving! As a comparison, we have a $1,000 fine for littering!” 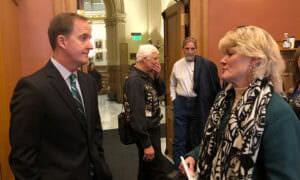 Susan would love to hear from anyone interested in supporting CORD’s efforts, and she understands how intimidating it can be to join the legislative process.

“It’s an eye opener,” she says. “I’ve never done anything like this before. Social studies was not my cup of tea in school so I’m making up for it now. Honestly, it’s very interesting and I have seen how average people can make a difference.”