How to Prevent Bicycle Doorings in Denver 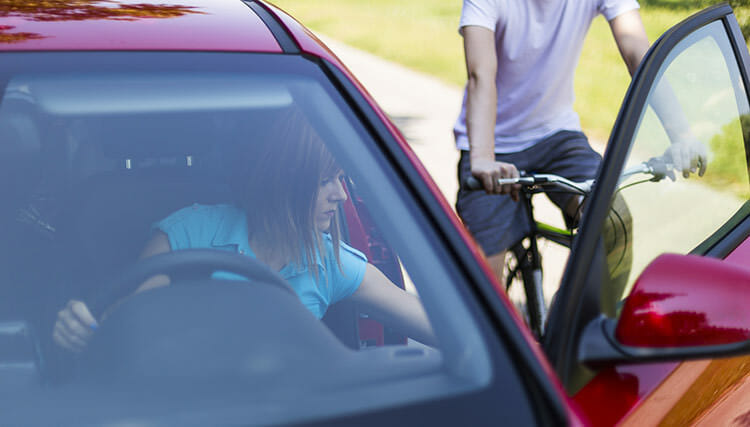 In 2016, the National Highway Traffic Safety Administration released a report that found there were 840 fatal bicycle accidents nationwide, the highest number since 1991. (2017 numbers should be reported soon.)

I would imagine most of us picture a fatal bicycle accident something like this: a biker crossing an intersection gets hit by a car. But a surprisingly large number of bicyclists are injured and even killed by what’s called “dooring.” This is when a car driver opens his or her door just as a bicyclist is passing, causing the biker to hit the door.

In fact, a 2015 study conducted in Vancouver, British Colombia (one of the most bicycle-friendly cities in North America) found: “Doorings were the most common type of reported cycling collision… representing approximately 15.2% of all reported cycling collisions. Doorings occurred when bicycle users were struck by or strike a door of a parked motor vehicle, typically on the driver side.”

As Denver strives to become more bicycle-friendly, Vancouver’s research and resulting action plan may well inspire our own efforts.

In an attempt to reduce the number of doorings, Vancouver decided to change both city infrastructure as well as residents’ habits through engineering and education. Engineering solutions included:

Along the lines of education, I recently read an article in the New York Times about another way to prevent doorings. Apparently, the Dutch have long had a habit of reaching across their bodies to open doors so that they are forced to look back over their shoulders. They don’t have a name for it, but a man in Cambridge, Mass coined it “The Dutch Reach” and he’s hoping Americans will adopt the habit.

According to a recent New York Times article, it works like this:

“When you are about to exit the car, you reach across your body for the door handle with your far or opposite hand. This action forces you to turn toward the side view mirror, out and then back over your shoulder to be sure a bicyclist is not coming from behind. Only then do you slowly open the door.”

This seems to me like a relatively easy way to protect bikers on the street! If we all change a simple habit (one that causes zero sacrifice on our parts), we could literally save lives.

But how do you remember to do the Dutch Reach? One way recommended by the Massachusetts man is to tie a ribbon on your car door latch so that when you reach for it with your left hand, you’re reminded to use your right hand. This will also remind you to look back over your shoulder.

By the way, if you won’t do it to save a life, you should do it to protect yourself, too. Car repairs after a dooring are very expensive. Furthermore, the person who opened their car door is typically found legally at fault.

I Have a Fun Idea to Raise Awareness of Bicyclists and Motorcyclists, Too! 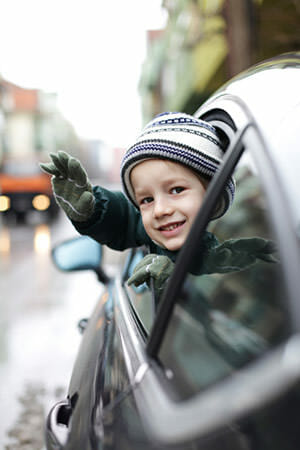 I think about bicycle and motorcycle safety a lot. (A lot!) And I believe a simple car game could help us all raise our awareness of the most vulnerable among us on the road. Instead of playing, “Slug Bug” or “Punch Buggy” or whatever game you play with your kids when you see a VW Bug, why don’t you play a similar game to raise awareness of bikers (motorized and non-motorized)?

Here’s my idea: I don’t think we should be punching each other in cars (that doesn’t sound safe, either), so how about keeping a written tally and the person who sees the most bicycles and motorcycles first wins. We could scream, “Biker Buddy!” This name would also remind us that these are human beings, possibly people we know, sharing the road with us. I also believe we could train a whole new generation of drivers who are better at sharing the road than we are.

As Denver becomes more congested, we definitely want people to use alternative modes of transportation, such as bicycles and motorcycles, but we also want them to be safe. Let’s all pitch in and raise awareness of bikers!

If you have a way of reminding yourself to look over your shoulder before opening your car door, please email me and share it. Likewise, if you know of a game that alerts car drivers to bicyclists and motorcyclists on the road, I’d love to hear it. Scott@osullivan-law-firm.com